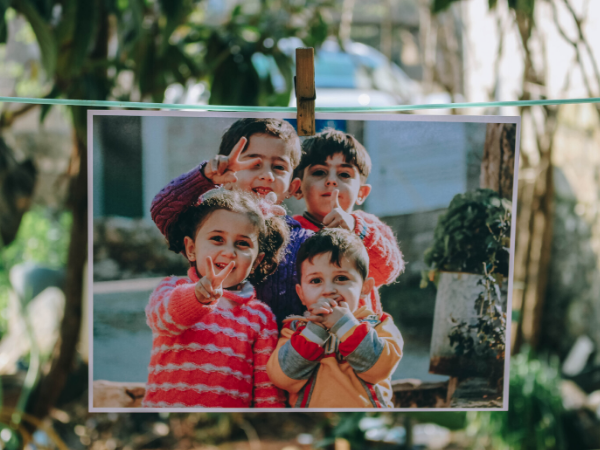 Posted at 00:00h in Uncategorized by Freedom Seekers 0 Comments
1 Like 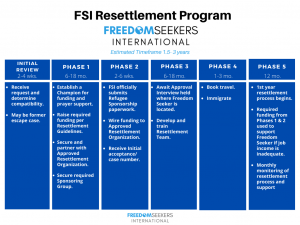 The four of them have resettled to Canada and are in their 1st year of resettlement. They are still in mourning over the death of his father.  They have heard his mother is recovering from COVID but his younger sister is now critically ill. Thank you for supporting them in praying for her.

We know Starfish: Iraqi would love to hear from you and your joy at their safety in finally resettling to Canada.  If you would like to write to them as one who has been praying for their safety and rejoicing over their arrival in Canada, email us and we will provide you their address.

Starfish: Pak-Man’s family are separated into two SE Asian countries.  We had prayed for the husband to be granted a visa and he secured a one-year visa, allowing him to remain relatively safe where he is. His wife and children are in a nearby country.  You will remember they have submitted their paperwork and have been accepted into Canada’s Resettlement Program.  They are now awaiting their Resettlement Interviews which determines if they will be granted resettlement to Canada.  With the pandemic, many delays are occurring within all resettlement programs.  We are praying for the Lord to bring the Interviews quickly.  They have been hiding for several years and now that the family is separated, it is challenging for all of them, especially the children.  Christmas time was very hard for the children last year when they were separated.  Thank you for joining us in prayer over them.

Starfish: TB and family have celebrated almost 10 months being together as a family.  Having been separated for 7 years, they love spending time together and daily share in studying God’s Word and prayer.  You will remember they have submitted their paperwork and ha ve been accepted into Canada’s Resettlement Program.  Because they were allowed to enter the program with part of their funding, the next steps in their process:

Because of their ages, the older children will have separate Interviews from the parents.  This is quite challenging because the Interviews are so intimidating. Of course, many delays are occurring within all resettlement programs and we not only are praying for the Lord to bless them and bring the Interviews quickly; we are also praying that they are steadfast in answering the challenging questions faced in such Interviews.  Thank you for praying and supporting this family.

Starfish: King David, his family’s picture and their story is on our website, bottom of the first page: www.seekfreedom.org.  This family too was separated for many years and are so grateful to be together.  Their next steps:

Please view their story on our website and see the attachment on serving as a volunteer Champion for this Starfish family. It’s an opportunity to lead in prayer and serve as a front line contact with FSI regarding King David and his family.

Once their Resettlement funds are secured, we can submit their paperwork for them to be accepted into Canada’s Resettlement Program.  Since these funds will help support their family the first year, once they are in Canada our efforts are doubled.

A new option for King David:

We have been preparing for King David to work with FSI in our escape/resettlement efforts once he arrives in Canada.  The funds being raised now (mentioned above) will help cover his salary that first year. Because of:

we are excited to bring him on board with our escape/resettlement department.  For the past year and a half, since his escape, he has been supporting his family in an administrative job where we are holding them.  When COVID began, jobs for refugees in his country halted.  Since he can’t support his family, and he doesn’t want to ask us for monthly support, he has asked if could he begin working with FSI now, allowing him to provide for his family’s needs as a refugee: rent, food, schooling, etc, as well as, begin preparing for his full-time position once in Canada.  We love the idea and we have received a commitment of $2400 for him to begin working now.  We need an additional $1400/month for the next 12 months for this position and would ask you to pray how you could help us meet this need.  This allows King David to support his family and FSI to begin expanding our international escape/resettlement efforts now. To help King David and his family and to support FSI’s expansion, email me directly, dbrown@seekfreedom.org or make a donation online:  www.seekfreedom.org  (in the Description area indicate it is for King David’s work with FSI).  This will be until they arrive in Canada, we expect that to be between 9-15 months.  Once he is in Canada the funds raised through the Resettlement Process will provide for his salary.

One of our newest, Starfish: Spanish Student, is from East Asia and escaped from a communist country.  After her father was kidnapped unexpectedly and imprisoned in a concentration camp, she and her mother were forced to listen to and study brainwashing propaganda materials.  Her commitment to Christ has made her a target and we are working quickly to resettle her to Canada.  We have a Champion and a Sponsoring Resettlement Team for her; however, we still need an Approved Resettlement Organization (a SAH) in Canada and funding.  Total funds needed $15,000 USD.

A father, mother and three young boys also have come from East Asia.  The father had been kidnapped and imprisoned multiple times in their communist country.  His Christian faith put his life in jeopardy.   The father and one son were able to escape and are in hiding.  We are working with the entire family to resettle them to Canada.   Total funds needed $29,550 USD.

Starfish: June escaped from East Asia after she and most of her family members were harassed, imprisoned and beaten multiple times.  One of her older brothers was beaten so badly he is now mentally unstable.  June was kidnapped and placed in a mental institute herself for a year.  After it became known that she was a Christian, she knew that she would suffer even greater torture and death.   June is in hiding and we are working to resettle her to Canada.  Total funds needed $15,000 USD.

Starfish: Famous spent 17 years imprisoned in a tortuous East Asian prison and his health was severely affected. He is still in hiding and we are working to help him escape and resettle to Canada.  His commitment to Christ is inspiring and we need much prayer on his behalf.  Total funds needed $15,000 USD.

Starfish: Z is a group of two sisters and four young children.  They have been struggling to stay alive during the past six months in the Middle East region.  We have contacts working with them to escape to safety and we need the final funds ($3000) to finish this effort.  Once in a safe place, we will begin working on their resettlement to Canada.  Pray for their safe escape.