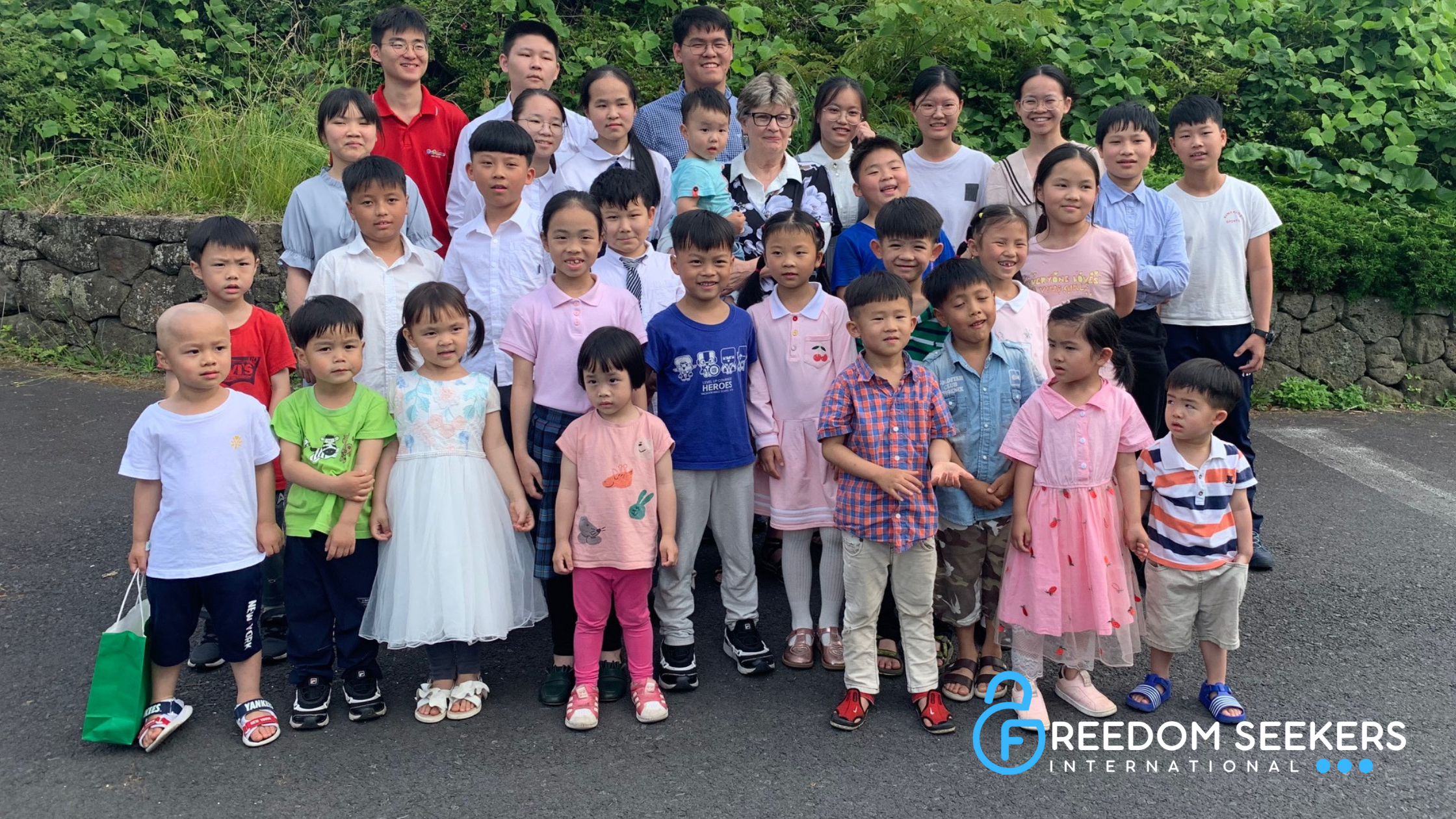 Posted at 20:01h in Uncategorized by Freedom Seekers 0 Comments
0 Likes

After years of persecution by the Chinese government, the Shenzhen Holy Reformed Church in southeastern China was threatened with their children being taken from them because their church school taught Christian principles and ideologies of freedom in defiance of China’s strict educational policies. In November of 2019, nearly 65 church members fled China and flew to Jeju Island in S Korea in hopes of attaining asylum and freedom.

They were nicknamed ‘The Mayflower’ as they fled seeking religious freedom much like the early colonialists did when they sailed to American in1620.  After 2 ½ years of court appointments and legal battles for the 60 Chinese who were able to remain, Korea’s fear of China and its political guidelines against resettling Chinese in Korea have denied the congregation asylum and they are now illegal refugees without protection and medical support in ROK.

When Americans, Japanese and Taiwanese heard of the situation, they committed to traveling to Jeju Island to provide a protection to The Mayflower knowing their presence would deter any attempt by China to harm the tiny congregation.  June 13th, the first diplomatic protection trip began with one American traveling there and since then, 4 other Americans have gone and many more are expected to visit them over the summer and fall.  The Mayflower rejoices that they feel safer and have more freedom to move about.  We are thankful for the privilege to provide such a measure of freedom for those who long for it.

They still need monthly support for basic needs, legal assistance, and resettlement costs during this season of transition for them. Pray for continued safety and that God would give us favor with immigration officials to process their visas. If you would like to help us sponsor the Mayflower, please donate through the form below. Thanks in advance!

Sorry, the comment form is closed at this time.