Help us SAVE the The Mayflower Church

Read the latest update on this persecuted church HERE.

The “Mayflower Church” is a title given to a Chinese Church that made the difficult decision to flee persecution from China by boat. Facing increasing pressure from the authorities on their church and Christian school, as well as the rapidly escalating crackdown on churches across their country, these members felt they had no option but to uproot their lives and seek safety and freedom overseas.

This group of 60 believers landed in South Korea and are now under tenuous immigration status. Due to political pressure from China to return these citizens for “re-education camps,” Korea will no longer shelter this congregation. Multiple nonprofit organizations are working together to ask the US government to step in against communist China and resettle The Mayflower Church to the US.

You can help us SAVE them, grant them FREEDOM to worship, and ADVOCATE on their behalf by signing this political letter of support. 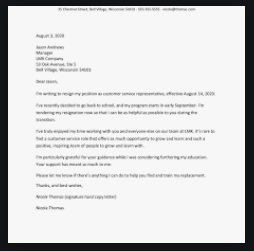 FAQs on the Mayflower Church

Who is the Mayflower Church?

The Reformed Holy Church (RHC), nicknamed the Mayflower Church, in Shenzhen, Guangdong was established in 2012 by the Philadelphia Reformed Church of the Presbyterian Church of the United States with Pastor Pan Yongguang as the founder and senior pastor. It became a prominent leader in China’s urban independent house church movement.

As highlighted in a recent report in the Wall Street Journal, a group consisting of 28 adults and 32 children led by Pastor Pan arrived in Jeju, South Korea from China beginning in November 2019 after enduring religious persecution by the Chinese government. Denied asylum once previously, the group is currently working through the immigration system to appeal the decision and seek protection in South Korea.

Why did they flee China to South Korea?

China over the last decade has accelerated a crackdown on religions in what many are calling a war on faith. The greater plan is to recreate Christianity and other religions to better reflect Chinese Communist Party ideals. This can be seen in the Mayflower Church’s case.

A few months after the church was founded, the police interrogated Pastor Pan and questioned him about his ties to the United States since he was ordained by the Philadelphia Bible Reformed Church. By 2014, he was being integrated at least twice a week. At these sessions, police would try to convince him to join the state approved Three Self Patriotic Movement, but he declined. The government closely monitored the church via video surveillance placed near the church’s entrance. The church used to have its own Christian school, the Timothy Bible School before the landlord of the school’s building yielded to government pressure and evicted the church. In the fall of 2019, the Shenzhen congregation voted to resettle somewhere they could worship, educate their children, and live out their faith freely.

Why are they seeking asylum in the U.S.?

Beginning in March 2021, church members in Jeju seeking asylum as well as those who remained in China began facing alarming harassment and intimidation by those professing to be officials in the Chinese Communist Party. The Chinese Consulate in Jeju has contacted multiple members of the group, accusing them of “treason” and asking them to immediately return to China. In addition, the South Korean government accepts very few refugees per year (only about 0.4% according to asylum groups) and has rejected the congregation’s asylum bids, prompting concerns that the congregation might be forced to return to China, where they would likely face heightened persecution. This could include imprisonment, harassment, and even forced disappearances.

The consistent documented harassment, the unlikely chance of gaining asylum in South Korea, and the threat of repatriation back to China point to U.S. resettlement as the best option to offer refuge for the church members. Resettling the Shenzhen Reformed Holy Church would rightly push back against China’s escalating religious persecution.

Why are they called the Mayflower Church?

The asylum seekers have been nicknamed the “Mayflower Church” by human rights advocates for their similarity to the English congregation that traveled to America on the Mayflower seeking the freedom to practice their faith with their community. Pastor Pan even gifted a U.S. diplomat who visited the church in Jeju a Chinese edition of William Bradford’s “Of Plymouth Plantation.”